Okay, that might be a little bit melodramatic, but this next installment has quite a bit of drama.

I’m definitely a personality given to extreme zeal when I first get interested in something new.  I’ll go all in for a few weeks, months even, gathering supplies and building spreadsheets to keep track of expenses, and then… something else exciting comes along, and I’m starting the cycle over again.

An area I can never seem to reign it in?  Plants.  I’m not even in possession of the greenest thumb.  In fact, I have a pretty terrible record concerning container gardens; never once was there a harvest that I would deem successful.

But this time just feels different, you know what I mean?

I couldn’t just stop at the tomatoes (though I think whittling my seedlings down to the strongest three deserves a small commendation).  No no no!  Remember the blackout I described in Part I?  The one that happens when I’m let loose in any outdoor/garden area of a store?  Madness I tell you! 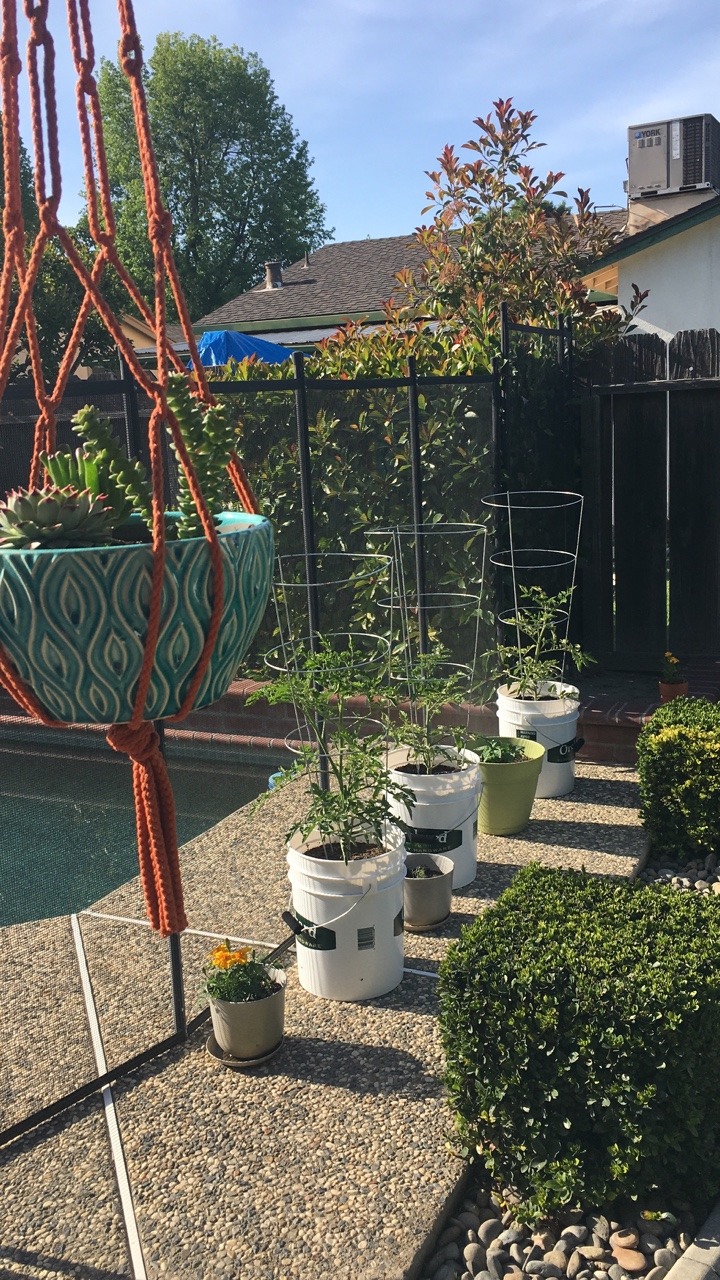 BP was surprisingly on board, I think mostly because of the current success of our tomato plants.  He was so on board that he agreed to spend almost an entire Saturday visiting many hardware and home-improvement stores, visiting two locations twice in the same day so that we could get all of the things I would need to start transforming the unused ‘alleyway’ at our house from a sad space to a happy garden grove.

There was a moment, a seemingly inconsequential moment during all of our shopping, a moment so innocuous in appearance that would actually turn out to be huge driving force for the following day’s gauntlet.  That moment involves a bag of dirt.

Of course, both of us, with smartphones we could consult in our pocket and the ability to ask any number of employees, did nothing of the sort and headed home.  The next day, as I’m getting myself situated, hammering trellises into hard earth, ready to be up to my elbows in dirt, I open the bag of Garden Mix…  Only to encounter a weird white mold in my dirt!  What the heck?!  I took to the interwebs, hopeful someone would respond.  I called BP over and let him know that I think I had to return my dirt!  I run out to my truck, toss the bag of dirt in the back, and make the 40-minute round trip to exchange it…

…Only to get home and find out that I didn’t need to do that at all.  My FB Pals had finally weighed in, and that type of mold present is fine for the soil.  I tear open the new bag, and there’s no mold at all.  So I shrug off the frustration and finally get my zucchini plant in a container, in some dirt…

…Which I hadn’t.  So I got a bucket and removed my zucchini plant, went out to the garage to get the drill, drill bits, safety goggles, and extension cord.  Get out back, get set up, and get the holes drilled. 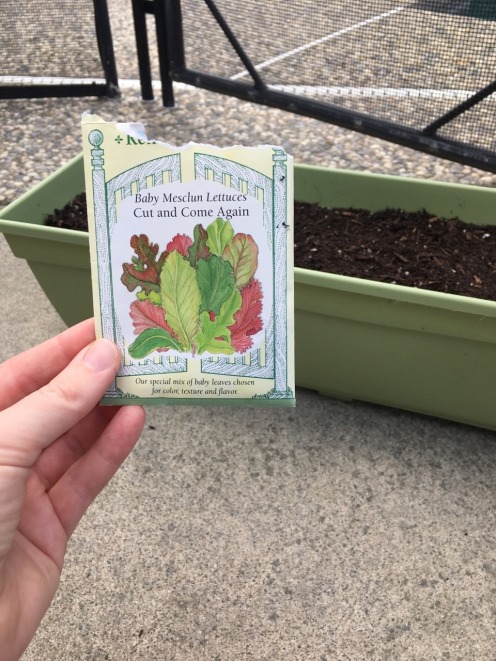 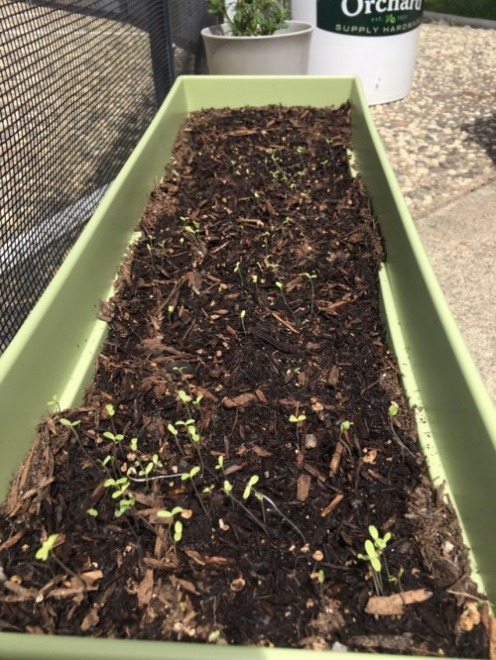 Then I finally get back to planting, and I replant the zucchini plant for the second time.  And that’s when I notice something.  Something about the dirt.  It doesn’t look right.  It kind of looks like mulch.  It’s not as soft as say, Miracle Grow Potting Soil.  I jump on my phone and google ‘Garden Mix.’  And guess what?!

You’re not supposed to use it in container gardening.  Not only will your plants struggle in that exact setup, it’s unlikely they’ll produce fruit… and I was set to plant several peppers and squash and herbs and greens… 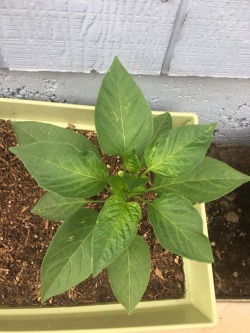 I called BP over again to let him know we needed to go out for the right dirt, and so into the bucket my zucchini went again.  And I got cleaned up enough to run into the closest hardware store for the correct type of container potting soil!  That puts the final tally at:

By the time I returned home with my correct dirt, I was ready to give up.  But I would not be entirely discouraged (and that poor traumatized zucchini plant really needed a permanent home), and so I spent the next hour or so giving all the plants new containers and getting them watered!  I’m very excited.  This year, I’m trying to grow the following:

I also have pollinator-friendly plants and pest-deterring plants about!  I’m so very excited!  And now that everything is planted and looks like they’re taking to their containers, I get a real kick out of visiting them each day.  I play them music and talk to them and tell them what great jobs they’re doing (you know, like you do when you’re a bonafide crazy plant lady).

Currently everyone looks pretty good, though I am still figuring out a watering schedule that keeps everyone hydrated and happy.  I can’t wait for the end of summer/beginning of fall!  I hope that we’re up to our ears in food and that we’re able to share the fruits of our labor with friends and neighbors!  Fingers crossed!

All that dirt added up!  Like what we do here?  Want to show your appreciation for our free content?  Then may I direct your attention HERE!